A Tale of Two Governors

The contrast was brought into full focus during Primary election week.  Florida Governor Ron DeSantis, a rapidly rising star in the national Republican Party, was the featured speaker at the Republican Committee of Allegheny County’s annual spring dinner. DeSantis was celebrated for his deft handling of the pandemic and for the Sunshine state’s measured approach to the crisis.

DeSantis spurned the draconian shut-down measures enacted by blue state governors ending shut-downs and mask mandates early in the pandemic.  Despite having the largest senior population in the country – the  most vulnerable demographic to the disease – Florida’s numbers ranked among the lowest in the nation.

Florida’s economy has also rebounded quickly.  Unemployment, which spiked a year ago at the height of the pandemic, has returned to normal levels.  Businesses closures were held to a minimum, bars and restaurants resumed normal operations.  Mass distribution of the vaccine proceeded smoothly and in a timely manner.

While DeSantis basked in the glow of his fellow Republicans in Pittsburgh voters statewide were handing Pennsylvania Governor Tom Wolf an historic comeuppance. Following the lead of other blue state governors including New York’s Andrew Cuomo and Michigan’s Gretchen Whitmer, Wolf assumed dictatorial powers issuing unilateral decrees, imposing draconian shut-downs and tramping individual rights.  All this without legislative or stakeholder consultation, and done in abeyance of the state’s open records laws and generally accepted standards of transparency.

The Republican-controlled legislature tried mightily to counter Wolf’s excesses only to be blocked by repeated gubernatorial vetoes.  Having had enough, the legislature took the rare step of voting to end the governor’s emergency powers. By law, that resolution required no signature by the governor.  But, Pennsylvania’s activist union-controlled state Supreme Court effectively rewrote the law giving Wolf a temporary victory.

And then something amazing happened. It is important that we pause here for a moment to reflect on how truly unique and significant is this moment in our commonwealth’s history.

Amending the state constitution is necessarily a difficult process.  Since it was adopted in 1968 Pennsylvania’s constitution has been amended 46 times.  None of those amendments were passed to curb the power of the state’s chief executive during a still unfolding circumstance.

For the state constitution to be amended it must pass two consecutive sessions of the General Assembly in exactly the same form.  Passing legislation once is difficult; doing so twice without changing the bill is exceedingly rare.  But lawmakers did just that setting up the final step in the process – a statewide voter referendum to approve amendments that would give the General Assembly the clear power to end a gubernatorial declaration of emergency.

Tom Wolf knew he was in trouble. Grassroots rebellion against his dictates had been strong since the beginning of the pandemic, now those he had subjugated would make the final decision. Using Orwellian double speak the governor claimed the pending referendum was “anti-democratic.” He then unleashed a campaign of disinformation about the amendments sending out an array of state officials to peddle gloom and doom predictions and having the ballot questions themselves written in a confusing and misleading manner.

It was all for naught.  On Tuesday, May 18th We the People of Pennsylvania went to the polls and restored our liberty.  The amendments that would curb the power of Tom Wolf – and future governors – were approved.  When final election results are certified balance between the legislative and executive branches of state government will be restored.

Passage of these amendments represents an unprecedented rebuke of a sitting governor.  Unlike California, we lack the ability to recall a rogue executive.  This was essentially a vote of no confidence in Tom Wolf and his administration which has bungled virtually every aspect of the pandemic response.

Now, it is up to the General Assembly.  While understanding that the pandemic is ongoing and a measured response is still necessary, the time has come to put an end to most of Tom Wolf’s egregious policies. And, if they want a roadmap on what to do next – lawmakers should look South.  Ron DeSantis and Florida have shown us the way forward. 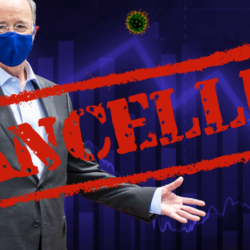