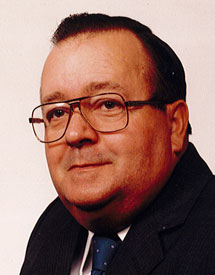 Vice Chairman currently serves a as member of the Kiski Area School Board and is a past president of the board. A lifelong resident of Westmoreland County, he was the Republican nominee for state senator in the 39th district in 1988. Mr. Keibler is retired from the Pennsylvania Turnpike Commission where he served for over 30 years as a construction engineer. In that capacity he supervised the inspection of construction project, roadway work, paving of tunnels, building and repairing bridges and interchange upgrades. He then worked for Swank Construction Company in New Kensington as a construction engineer retiring from that position in 2010. He is a founding member of the Lincoln Institute and has been vice chairman of the board since the organization’s inception in 1993.