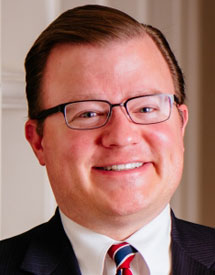 President & CEO of the Pennsylvania Manufacturers’ Association, the statewide trade organization representing the manufacturing sector in Pennsylvania’s public policy process. Now in his 21st year with PMA, Taylor is the association’s chief spokesman at the state Capitol in Harrisburg and in the media. He is editor of the PMA Bulletin and host of the statewide television program “PMA Perspective” on the Pennsylvania Cable Network. A frequently-sought guest and commentator, David is regularly quoted by media outlets across the commonwealth and around the world, having been interviewed on television by NHK (Japan), ARD (Germany), and CBC News (Canada), as well as over the airwaves by BBC Radio 4 (UK) and CBC Radio Canada. He is also the host of “Capitol Watch”, a twice-monthly news and commentary program on “Lincoln Radio Journal”, which is heard on more than 90 radio stations across Pennsylvania. David is a board member of the Pennsylvania Manufacturers’ Association, the Pennsylvania Steel Alliance, the Foundation for Free Enterprise Education, the Business-Industry Political Action Committee (BIPAC), the Pennsylvania Leadership Council, and the Lincoln Institute for Public Opinion Research. David was a member of Governor Tom Corbett’s Manufacturing Advisory Council. He is school board president of Reach Cyber Charter School, an online public school providing a broad range of science, technology, engineering, and math (STEM) enrichment for students. Prior to joining PMA, David worked in the United States Senate and the Senate of Pennsylvania. A native of Huntingdon PA, David is a graduate of Dickinson College, where he majored in History and Dramatic Arts. He is a member of the Huntingdon Presbyterian Church and Central Pennsylvania MENSA. He lives near Hershey PA with his wife and daughter.