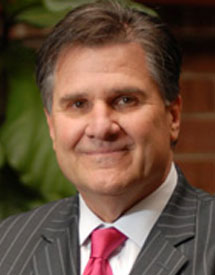 President and CEO of First Nonprofit Foundation, brings more than 40 years of experience in the fields of education, human resources and nonprofit and association management. Joe recently served on the adjunct faculty at Duquesne University Graduate School where he taught Leadership and Organizational Business Ethics. Prior to entering the nonprofit field, Joe served as a secondary education social studies teacher and as a consultant for Organizational Effectiveness Group in Princeton, NJ, and Campaign Associates in King of Prussia, PA. He has also served as the Executive Director of the Keystone State Head Injury Foundation, held various executive positions with the YMCA and was a consultant/researcher for the YMCA of the USA in Valley Forge, PA. He became the executive director at PANO, the Pennsylvania Association of Nonprofit Organizations, in January 1995, after which he became a consultant to the government of Japan to counsel on the value of the nonprofit sector and why government and business should act as valued partners. The consultation was funded by the Japanese Exchange Foundation, Center for Global Partnerships. In addition to working in the non-profit sector, Joe also currently sits on the following Boards: The Lincoln Institute and the First Nonprofit Unemployment Benefits Board. He is also on the National Wrestling Coaches Association Board. He serves on the Service Academy Selection Committees for Senator Pat Toomey, as well as Congressmen Charlie Dent. In the past, Joe served on the board for the Big 33 Scholarship Foundation, the Duquesne University Capital Region Advisory Board, National Standards for Excellence Board, Governor’s Rehabilitation Advisory Committee, the Civil Justice Coalition, the Bloomsburg University of PA Alumni Board and the Board of Directors for the National Head Injury Foundation, where he chaired the Ethics Committee for the National Head Injury Foundation State Associations. He has also served on the boards of C3 Publications, the American Trauma Society – PA Division, Thomas Jefferson University Hospital – OVR Project, Penn State University – Rehabilitation Department, the Harrisburg Area YMCA and the Oakmont V Homeowner’s Association Board, as its President. Geiger is also a Past President for the Lower Paxton Township Lion’s Club and served on the DELTA Communities Board. Additionally, he has served on the FNICs boards for more than 20 years, acting as its Chair for the past 6 years. Joe’s education includes a Bachelor of Science and Master’s Degree in Secondary Education from Bloomsburg University of Pennsylvania. He graduated from Columbia University’s Graduate Business School for Not-for-Profit Management. Joe is certified by the American Society of Association Executives as a Certified Association Executive. Additionally, Joe has been inducted in the Pennsylvania Association of Nonprofit Organizations Emeritus Society and the Lancaster Catholic High School Athletic Wall of Honor.