Pennsylvania’s economic recovery from the COVID-19 pandemic is sluggish and uncertain as businesses assess the impact of a slow relaxing of pandemic-related restrictions, a potential hike in the minimum wage, along with an unknown scope of new federal regulations.

The Spring 2021 Keystone Business Climate Survey of business owners and Chief Executive Officers conducted by the Lincoln Institute of Public Opinion Research, Inc. found only a slight improvement in employer confidence over the past six months despite the approval and mass implementation of a vaccine that has provided light at the end of the pandemic tunnel.

Sixty-one percent of respondents to the survey say Pennsylvania’s economy is on the wrong track, down slightly from the 63% who saw the state headed in the wrong direction last Fall.  Those viewing the state economy as improving rose from 26% in September 2020 to 31% in the current survey.

The number of businesses reporting that business conditions had remained about the same jumped from 10% last Fall to 35% in the current survey. It is important to note that since the business owners/CEO’s previous assessment of the commonwealth’s business conditions was at an all-time low, about the “same” reflects a lack of movement away from a bad economy.

Looking ahead six months there is only a marginal increase in optimism. Thirty-five percent of respondents to the Spring 2021 Keystone Business Climate Survey expect business condition to get better, 17% expect them to get worse and 43% say they expect them to remain about the same.

Lack of improvement in the state’s economy has also retarded employment growth.  In fact, 20% of the businesses survey reported a drop in overall employment levels while just 15% reported an increase.  Employment remained about the same at 56% of the companies.  The employment picture could improve in the coming six months as 25% expect to increase their number of employees, while 9% expect to cut their workforce.

One of the biggest impediments to economic growth is uncertainty.  The COVID-19 pandemic has injected a tremendous amount of uncertainty into the economy.  Government, however, is adding to the problem. There is no clear roadmap for removal of pandemic-related restrictions.  Government intervention in the energy sector is likely to increase costs as does the possible mandated increase in the minimum wage.  And, with the onset of the Biden Administration, new regulation and re-regulation of many sectors is on the horizon.

Seventy-eight percent of the business owners/CEOs said they are concerned that the Biden Administration will roll-back or reverse many of the regulatory requirements eased or eliminated during the Trump Administration; of that number 61% were “very concerned.”

Persistent proposals at both the federal and state levels to significantly increase the minimum wage have caused 25% of the businesses participating in the Spring 2021 Keystone Business Climate Survey to reduce their reliance on minimum wage employees.  Twenty-two percent have not taken any such steps.  Over more than half – 54% – said they do not employ any minimum wage workers.  Seventy percent oppose Governor Tom Wolf proposal to increase the state minimum wage to $15.00 per hour – with over 50% strongly opposing the plan.  Twenty-five percent support the proposal.

Governor Wolf is proposing that Pennsylvania join the Regional Greenhouse Gas Initiative (RGGI), a multi-state agreement with the aim of cutting down on regional air pollution by imposing a fee on carbon dioxide emissions from Pennsylvania power plants, and he is proceeding unilaterally through the Department of Environment Protection via executive order.

Sixty-seven percent of those surveyed oppose an added fee on carbon dioxide emission from Pennsylvania power plants when told it will increase electric utility rates by ten percent – 52% strongly opposed such a fee.  Twenty-nine percent said they would support the fee.

Opposition grew when asked whether the business owners/CEOs would support or oppose Governor Wolf taking unilateral action on energy policies that directly impact electric rates and jobs from existing power plants without approval of the General Assembly.  Seventy-three percent oppose the governor taking unilateral action, while 22% agreed with his doing so.

The slow pace of relaxing or ending government restrictions relative to the COVID-19 pandemic is also contributing to the anemic economic recovery.  Sixty-three percent of the respondents to the Spring 2021 Keystone Business Climate Survey say the Wolf Administration’s pace of re-opening the economy has been too slow, 21% said it has been about right, and 12% say the pace has been too fast.

The Wolf Administrations broad use of emergency powers over the past year have resulted in the General Assembly placing on the May primary election ballot two proposed state constitutional amendments that would give lawmakers the clear power to place limits on any emergency declaration issued by the governor.

Those measures earned widespread report from the owners/CEO’s responding to the survey.  Eighty-three percent support the constitutional amendments allowing the legislature to limit the governor’s emergency powers – with 61% strongly in support.  Fourteen percent said they oppose the amendments.

In rating the Wolf Administration’s handling of the COVID-10 pandemic, 57% rated his efforts as poor/very poor; 36% said good/fair, while 12% gave the governor “excellent”  marks for his handling of the pandemic.

As lawmakers work on the fiscal year 2021-22 state budget Governor Tom Wolf has proposed increasing the personal income tax (PIT) rate from 3.07% to 4.49%.   Seventy-eight percent of those participating in the Spring 2021 Keystone Business Climate Survey said they oppose that increase – with 67% being strongly opposed.  Eighteen percent said they favor the personal income tax hike.

The Pennsylvania Department of Transportation (PennDOT) has proposed placing tolls on a number of major bridges in the state as part of a plan to repair or replace those bridges.  Sixty-one percent of the survey respondents said they oppose the imposition of such tolls, 33% approve of the plan.

Survey participants were asked if they would favor or oppose a state constitutional amendment that would limit any annual increase in state government spending to the rate of inflation plus population grown, with a provision that the cap could be exceeded by a two-thirds vote of the legislature in the event of an emergency.  Seventy-four percent said they would approve such an amendment, 13% did not approve.

The Spring 2021 Keystone Business Climate Survey was conducted electronically between March 22, 2021 and April 7, 2021 with a total of 199 responses.  Sixty-five percent of the respondents are the owner of their business, 17% work as the CEO/COO/CFO, 5% are a state manager and 5% a local manager. 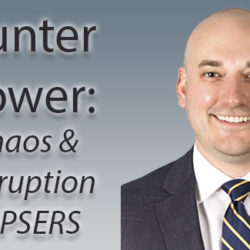