We’ve now turned the year, sworn in the 2023-2024 General Assembly in Harrisburg and inaugurated the 118th Congress.  Opportunity abounds in D.C. and in Harrisburg and it must be seized, as Pennsylvanians deserve an agenda at both the state and federal level that will make life more affordable.  The first week of the year we launched our “Dear 118th Congress” campaign.  By the end of the month, across Americans for Prosperity’s 35 state chapters, we will visit over half the members of congress’s district and capitol offices, calling on lawmakers to focus on major challenges that our country continues to face, urging them to do the hard work of advancing good policy instead of embracing the cynical conventional wisdom of partisan gridlock and typical Washington dysfunction.  This campaign was inspired by the fact that Americans remain united around the economy being the chief issue, and according to Gallup, roughly 80% of Americans anticipate 2023 being a year of economic hardship with rising taxes and deficits.  Americans need and deserve policymakers that prioritize an agenda that will make life more affordable.  Our “Dear Congress” campaign offers that policy blueprint.

The first of three pillars emphasizes the need to address and lower inflation through better budgeting.  We know that government overspending can result in inflation and inflation makes poverty worse.  Congress should pass a unified budget each year that would include all federal spending and revenue.  A unified budget would give lawmakers a greater stake in the budget process and empower them to take ownership of outcomes while revealing tradeoffs and help reduce overlap and fragmentation and allow legislators to chip away at imbalances.

The second pillar underscores the need to remove barriers to domestic energy production.  Since President Biden assumed office in January 2021, gas prices doubled at the height of the price hike in June 2022 and now remain over $1.00 more than when the president took office.  Removing the barriers to innovation, infrastructure and environmental progress that agencies who implement the National Environmental Policy Act, or NEPA, have continually erected since its enactment in 1970 is essential.  NEPA slows private projects, increases taxpayer costs, and contributes to endless administrative litigation that subjects critical projects to death-by-delay.  We’re urging Congress to pass the UNSHACKLE and START Acts, legislation that would unleash a domestic energy revolution that would reduce costs for gas, home heating and domestic manufacturing.

The third pillar stresses the importance of increasing opportunities for fulfilling work.  The term “quiet quitting,” doing less at work to focus on other things more, went viral in 2022.  The fact that fewer Americans feel happy with their jobs should be a sign to lawmakers that voters want policies that empower them to find fulfilling work that gives them the flexibility they want while building personal and financial independence.

The Employee Rights Act, sponsored by Senator Tim Scott (R-SC) and Representative Rick Allen (R-GA) in the last session of Congress, is a comprehensive bill that would help workers, families, and businesses thrive by giving them more choice and power over how unions represent them, greater protections in pursuing self-employment, and more protections to start businesses in their communities.

Please visit www.Dear118thCongress.com to sign and share the letter, encouraging your member of the Pennsylvania Congressional delegation to choose innovation, progress, and the American people and reject endless sideshows, overspending, and overregulation.  I’m Ashley Klingensmith, State Director with Americans for Prosperity-PA.  You can find us on Facebook by searching @PAAFP and can follow us on Twitter by searching @AFPPennsylvania. 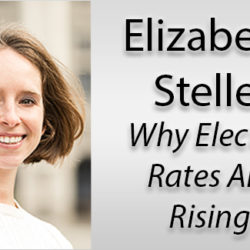 (December 17, 2022 – December 23, 2022) This week on Lincoln Radio Journal: Lowman Henry talks with Elizabeth Stelle from the Commonwealth Foundation about rising... 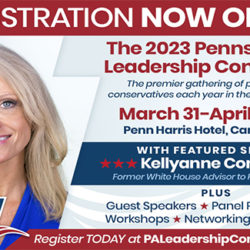 Kellyanne Conway to be Featured Speaker at 2023 Pennsylvania Leadership Conference

Another Washington Solution That Leaves We the People Worse Off

The announcement from President Biden that, via executive order, the administration would transfer hundreds of billions of dollars from taxpayers...