Jesse Watters and Jason Chaffetz of Fox News to Keynote

(Harrisburg, PA) – Bill McSwain, who served as U.S. Attorney for the Eastern District of Pennsylvania during the Trump Administration will speak on Freedom and the Rule of Law at the 2021 Pennsylvania Leadership Conference to be held Friday, June 11th and Saturday June 12th at the Radisson Penn Harris Convention Center in Camp Hill, PA.

Bill McSwain was appointed by President Trump to serve as the United States Attorney for the Eastern District of Pennsylvania from April 2018 until January 2021, responsible for all federal prosecutions in one of the largest federal districts in the country, with nearly six million residents across Philadelphia and its eight surrounding counties. He first learned to be a prosecutor as an Assistant U.S. Attorney, also in the Eastern District of Pennsylvania.

As U.S. Attorney, Bill aggressively prosecuted violent criminals (something that the Philadelphia District Attorney, Larry Krasner, refused to do) and put corrupt public officials in jail. He personally argued the Philadelphia heroin injection site case in which he defeated the City’s plan to open the nation’s first supervised injection site; he fought back against Philadelphia’s dangerous “sanctuary city” policies by holding illegal immigrants accountable who had committed violent crimes in our country; he put rioters, looters and arsonists in Philadelphia in jail during the summer 2020 civil unrest (while the District Attorney again did nothing); and he forced Philadelphia to change its restrictions on public gatherings during the pandemic so that all gatherings were treated equally, instead of the City favoring certain speakers over others.

Prior to becoming an attorney, Bill served as an infantry officer and scout/sniper platoon commander in the United States Marine Corps. He is a graduate of West Chester Henderson High School, Yale University and the Harvard Law School, where he served as an editor of the Harvard Law Review. He was born in Philadelphia and raised in West Chester, PA, where he lives today with his wife, Stephanie, and their four children.

This year’s “conversations” include:

Additional speakers, panel topics and panelists will be announced over the coming weeks.

Registration for the 2021 Pennsylvania Leadership Conference is now open at www.paleadershipconference.org.

I recently read an article quoting the Chief Executive Officer of a Pennsylvania-based company advocating for the implementation of the... 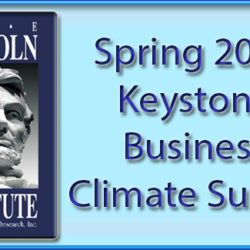