This weekend is the 20th anniversary of the 9/11 attacks on the World Trade Center, the Pentagon and the intentionally crashed United Flight 93 in Shanksville, Pennsylvania. It is often compared to another attack on America, the one at Pearl Harbor that President Franklin Roosevelt referred to as “a day that will live in infamy.” The term “infamy” applies equally well to the 9/11 attacks twenty years ago.

But relatively few Americans know of another 9/11, one that occurred 244 years ago, less than a mile from where I am recording this today. It was the Battle of Brandywine and it was America’s first 9/11, taking place on September 11, 1777. The Battle of Brandywine was the largest battle of our Revolutionary War, and it was General George Washington’s worst defeat. It was also a day that transformed the life of young Frenchman, the Marquis de Lafayette. He had come to America as a dilettante who was more attracted to the prospect of wrapping himself in the glory of war to dazzle the high society of Paris than he was drawn to the cause of liberty in the British colonies of the newly United States. But the Battle of Brandywine was the turning point in the young Lafayette’s life. He was wounded in the leg in that battle, and he could have easily withdrawn and sought medical care, but instead he soldiered on and became an American hero. On October 1 of this year, just a few weeks from now, a book by my friend of more than 25 years, Bruce Mowday, will be released. Its title is Lafayette at Brandywine, the Making of an American Hero. It tells a story that will inspire any student of history. Bruce spent hours poring through documents in his original research that are little-known but will now form the basis of a new level of appreciation for Lafayette.

I referred earlier to the perception that there is glory in war. The reality is that there is no glory in war, even when victorious. War is hell on earth, but there are heroes. Lafayette was one on September 11 two hundred and forty-four years ago, and there were heroes on September 11 twenty years ago. Todd Beamer is certainly one of them, as he marshalled a handful of fellow passengers to storm the cockpit of United Flight 93 and ultimately take it down, quite possibly preventing a direct hit on either the White House or the US Capitol. There were lesser-known heroes who ran into danger, not away from it, the men from the New York Fire Department. The hate-filled zealotry of Al Qaeda changed life in America in the twenty-first century, and we will never be the same. That hate-filled zealotry has surfaced once again this year in Afghanistan as the Taliban has retaken power and begun a purge in that troubled land that is intended to snuff out their fragile and incomplete rebirth of freedom. Girls and women especially will be subjected to brutalization that will sicken and shock the world.

One 9/11, the one 244 years ago at Brandywine, was about rejecting oppression and fighting for freedom. The other 9/11, the one twenty years ago, was an attack on the very symbols of freedom of our nation. And now we are seeing the rejection of freedom in Afghanistan and the reimposition of oppression. Will the world stand by and accept it as a legitimate act of national sovereignty? The Marquis de Lafayette would be shocked if we do.

As congress returns to vote on the $1.2 trillion infrastructure plan on Sept. 27th, Speaker Pelosi’s self-imposed, non-binding deadline that...

The COVID-19 pandemic, and the response of governments at all levels to it, has been a clarifying moment for many... 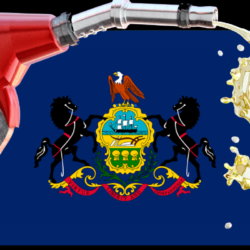 TROC is a Crock

Aside from public education, the Pennsylvania Department of Transportation (PennDOT) is the champion of constantly receiving huge infusions of tax...