Editor’s note: A version of this article first appeared at The American Spectator.

One of the major Supreme Court decisions we’ll soon hear about is the Bladensburg cross case. This is the case in which secularists are demanding the removal of a large cross that memorializes veterans in the town of Bladensburg, Maryland because the cross resides on public property.

It’s crucial to realize that the cross wasn’t erected yesterday. The “Peace Cross” was constructed in 1925 in honor of 49 fallen veterans of World War I. It was designed by the Gold Star mothers and erected by the local post of the American Legion.

The case is known as The American Legion v. The American Humanist Association. The “humanists” argue that the memorial is unconstitutional because it’s fashioned in the shape of a cross on government property, and thus stands in violation of “separation of church and state”—a phrase, of course, not found anywhere in the U.S. Constitution. That language was expressed by Thomas Jefferson in his 1802 letter to the Danbury Baptists, and has been badly abused and misinterpreted ever since.

The fact that the cross is a cross is what makes it unacceptable. (Replace it with a statue of Barney the purple dinosaur and the humanists would withdraw their objections.) Secularists appeal to the First Amendment of the Constitution, which says, in part, that “Congress shall make no law respecting an establishment of religion.” Obviously, allowing the old cross to continue to stand would not create a congressional “establishment of religion.” Anyone who thinks allowing this cross to remain means that the feds are conspiring to implement a national theocracy needs to have his head examined. As they invoke that select handful of words from the First Amendment, the secularists misleadingly do what they always do, namely—avoid the remainder of what the First Amendment says about freedom of religion: the government “shall not prohibit the free exercise thereof.” The American Legion and Gold Star mothers of Bladensburg exercised their freedom of religion in 1925 to honor their fallen brothers and sons. They naturally commemorated them with the cross that represents their faith.

For a sense of the lack of respect, consider one of the worst affronts in the case:

A federal appeals court in October 2017 had ruled the cross unconstitutional, asserting that it “excessively entangles” the government with religion. That verdict was rendered in a 2-1 decision by the U.S. Court of Appeals for the 4th Circuit in Richmond, Virginia, which argued that the Peace Cross “aggrandizes the Latin cross” and thereby constitutes a U.S. government endorsement of Christianity. So said a 33-page opinion written by Judge Stephanie Thacker and joined by Judge James A. Wynn Jr.

Thacker’s overall opinion demonstrated a troubling lack of historical-theological awareness. Worst of all was the insensitivity displayed during oral arguments. Thacker, an Obama appointee approved by the U.S. Senate in 2012 by a vote of 91-3, offered a truly novel solution. During oral arguments, Thacker asked the attorney defending the memorial: “What about … my suggestion of chopping the arms off?”

Can you imagine? Can you picture it? Grab a photo of the memorial and do your own airbrush. How does it look?

For the record, the Peace Cross, mercifully, does not have a corpus. Thus, the demolition crew wouldn’t be sawing off the arms of Jesus. Nonetheless, imagine the precedent proposed. Presumably, using the Thacker Solution, similar large memorial crosses on government property could all be targeted for arm-removal.

In fact, that prompts this thought: in the interest of fairness and equality, why stop with crosses? Shouldn’t we thus also target the horizontal parts of the Star of David—another religious symbol—if we find them as similarly large memorials on government property? Should they be hunted down? Should they be permitted to remain only if we sawed off the horizontal parts? Of course, the star would no longer be a star, but apparently dismembering it would be a triumph in this greater good of not “entangling” government with religion.

Do we go down this road?

It isn’t like this cross was planted yesterday or is being scheduled for construction in 2020. It has been there for nearly a hundred years. It’s as much historical as spiritual. Can’t you leave it alone at least for that reason? This isn’t a bronzed statue of a Confederate general who whipped slaves on a plantation. This is a testimony to the faith of the men who died for their country in World War I—for peace. Do you not see the aggression in your actions? Why go on the offensive with bulldozers? Leave it alone.

If this was a giant Star of David on public land, I’d be the first to stand with a group of rabbis demanding that secularists back off and respect a century-old memorial. I will fight for the rights of every Christian and Jew and cross and Star of David. The same isn’t true for secular liberals. They pick and choose. They’re the first to harass, fine, sue, shut down, and toss in jail the Christian baker, florist, or marriage clerk. I will defend the liberty of a Muslim baker in Dearborn as well as a Christian baker in Colorado. I will defend the right of an Orthodox Jewish caterer to decline a wedding on the Sabbath just as I’ll defend the right of a Christian florist in Washington state to decline a same-sex wedding ceremony that violates the teachings of her faith and her freedom of conscience.

Far too many secular liberals, however, will not. To this day, Jack Phillips, the Christian baker in Colorado, is hounded with new legal challenges. Militant secularists will not back off from badgering him.

And yet, a colleague of mine who’s an attorney on religious-liberty cases tells me he’s unaware of a single case in which a same-sex couple has sued a Muslim baker for declining a same-sex wedding ceremony. Progressives will not pursue Muslims, even as Muslim bakers likewise openly refuse homosexual couples. They leave them alone. It’s a double standard they impose against Christians.

If they insist there’s no double standard, then let’s see it. Prove otherwise by having the decency to leave the Bladensburg memorial cross alone.

—Dr. Paul Kengor is professor of political science and executive director of the Institute for Faith & Freedom at Grove City College. His latest book (April 2017) is A Pope and a President: John Paul II, Ronald Reagan, and the Extraordinary Untold Story of the 20th Century. He is also the author of 11 Principles of a Reagan Conservative. 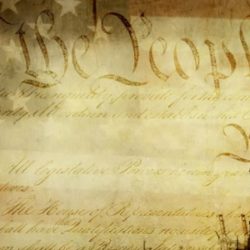 It’s Time to Re-Open Pennsylvania Safely and Responsibly HARRISBURG, April 20, 2020—As mounting frustrations spill over into the streets of... 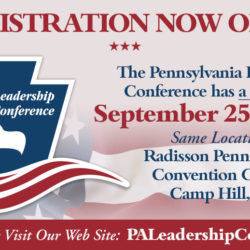 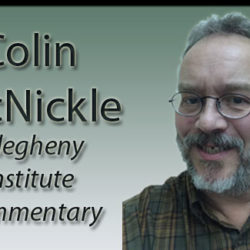 The boomerang that tax-increment financing (TIF) can be has come back to hit some Frazer Township taxpayers square in the...