The Lincoln Institute of Public Opinion Research, Inc. has been conducting the semi-annual Keystone Business Climate Survey of business owners and Chief Executive Officers since 1995.  During that time the economy suffered through three major disruptions: the September 11, 2001 terrorist attacks, the financial crisis and subsequent Great Recession which began in 2008-2009, and multiple state budget impasses in the first term of the Wolf Administration. Nothing, however, compares to the economic damage done by the Wuhan Coronavirus pandemic.

In both the Spring and Fall surveys conducted in 2019 the biggest problem facing Pennsylvania businesses was finding enough qualified employees to fill available positions.  Today, more than one and a half million residents of Penn’s Woods are unemployed.  Looking ahead six months 22% of those participating in the Spring 2020 survey expect employment levels to drop even further, 46% expect them to remain about the same as they are now while 23% expect employment levels at their company to rise.

Historically the previous low point in business climate confidence came in the Spring of 2009 during the Great Recession when 76% of respondents to the Lincoln Institute survey said business conditions in the commonwealth had gotten worse.  That has now been eclipsed by the 85% in the current survey who say business conditions have gotten worse over the past six months.

Another low point came in the Spring of 2003 when 55% said business conditions had deteriorated  as the economy suffered through the impact of the war on terror.  Business confidence also hit a low point in the Spring of 2015 at 53% negative. In that case tax proposals by the Wolf Administration coupled by state budget stalemates drove business pessimism.

Reflecting state unemployment statistics 40% of the business owners/CEO’s report employment levels at their business have dropped over the past six months, 45% say they employ about the same number of workers, while 7% have increase their employee compliment. The bounce-back in employment is expected to be slow.  Over the coming six months 23% plan to increase the number of people they employ, while 22% expect a further drop in employment.

With many businesses shut-down sales, of course, dropped dramatically.  Sixty percent of respondents to the Spring 2020 Keystone Business Climate Survey said sales at their company have dropped over the past six months, 12% reported increased sales, while 19% sales remained steady. Looking ahead six months again the outlook is divided: 28% expect to see sales increase, 34% forecast declining sales, 27% expect sales to remain about the same.

Governor Tom Wolf’s “order” requiring so-called “non-life sustaining businesses” to close resulted in 24% of the businesses participating in the Lincoln Institute survey to shutter their operations.  Another 44% were forced to reduce operations, while 26% continued full operations.

Reflecting on the Governor’s business closure “order,” 64% say they support the move, while 35% oppose it.  Although generally supportive, respondents to the Spring 2020 Keystone Business Climate Survey also felt the list of businesses required to close was generally unfair.  Fifty percent said the closure list was unfair, 39% felt it was fair and equitable.

Both the federal and state government enacted programs designed to help businesses weather the economic fall-out from the Wuhan Coronavirus crisis.  Fifty-one percent of the businesses survey by the Lincoln Institute said they will utilize benefits and/or loan programs included in the Coronavirus Aid, Relief and Economic Security (CARES) Act.  That is the $2 trillion stimulus program enacted by congress.  Far fewer, 15%, will be utilizing funding from the Pennsylvania COVID-19 Working Access Capital PROGRAM (CWCA).

President Donald Trump gets high marks from the business owners/CEO for his handling of the Wuhan Coronavirus crisis with 66% expressing their approval.  Vice President Mike Pence earned a 70% approval for his chairing of the national coronavirus response task force.  Fifty-nine percent approve of Governor Tom Wolf’s handling of the crisis.  Fifty-six percent approve of the actions of the Pennsylvania General Assembly, the U.S. congress received approval from 45% of the respondents.

Among legislative bodies, 46 hold a positive view of the job performance of the U.S. Senate, 39% disapprove.  Twenty-six percent approve of the job being done by the U.S. House of Representatives, 58% disapprove.  The Pennsylvania Senate posted a 34% positive/31% negative rating; while the Pennsylvania House of Representatives turned in a 35% positive/40% negative score.

Complete numeric results of the Spring 2020 Keystone Business Climate Survey, as well as results of past surveys, are posted on line at www.lincolninstitute.org.

Permission to reprint is granted providing author and affiliation are cited.

Governor Tom Wolf has followed a go it alone approach in dealing with the COVID-19 pandemic since it burst upon... 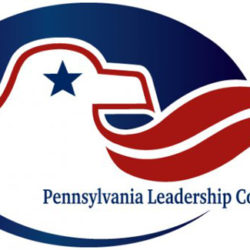 The dramatic improvement in Pennsylvania’s business climate since the beginning of the Trump Administration has slowed, but with the state’s...