Pennsylvania’s economy has cooled somewhat over the past year, but remains strong.  So strong, in fact, the biggest problem facing employers remains finding qualified employees to fill open jobs.  Those are the key findings of the Fall 2019 Keystone Business Climate Survey of business owners and Chief Executive Officers conducted by the Lincoln Institute of Public Opinion Research, Inc.

The ongoing trade war with China, tariffs, and uncertainty surround the upcoming 2020 Presidential election are weighing on the national economy and Pennsylvania is not immune to those effects.  Despite that, 23% of respondents to the survey say business conditions in the commonwealth have gotten better over the past six months, 23% say they have gotten worse.  Those numbers are almost identical to results of the Spring survey, but down from a year ago when 39% said the state’s economy had improved and seven percent said it had gotten worse.

When asked what is the most significant problem facing your business today, 38% of those responding to the Fall 2019 Keystone Business Climate Survey said it is a lack of qualified employees.  Eighteen percent cited excessive regulation as their biggest problem while 13% said high taxes. Eight percent said access to capital is their most significant problem and another eight percent are suffering because of tariffs.

More than half – 58% – have job openings for which they are seeking employees.  Seventy-six percent reported difficulty filling those jobs, with 28% saying they are having significant difficulty.  Fifty-eight percent said the biggest problem in finding employees is that applicants lack essential skills.  Thirty-seven percent cited an overall lack of applicants; 31% said applicants lack even basic skills while 17% said applicants fail to pass required drug tests.

In line with those responses, 40% said entry level workers are the most challenging positions to fill, followed by 26% having difficulty filling professional (non-management) staff.  Twenty-four percent are having challenges filling skilled production workers jobs; 13% can’t find enough skilled building trades workers; and 13% find it difficult to find experienced workers meaning those with ten or more years of experience.

Tariffs are a negative factor for 37% of the owners/CEOs responding to the Lincoln Institute survey with only 9% benefitting from tariffs.  Tariffs are having no impact on 44% of the businesses.

Currently Pennsylvania appellate courts (Commonwealth, Superior, Supreme) judges/justices are elected in statewide elections. Those participating in the Fall 2019 Keystone Business Climate Survey were asked if we should continue to elect judges/justices statewide, should we instead elect them by district (as we do with congressmen and state legislators), or should we eliminate appellate judicial elections and implement a merit selection (appointment) process? Forty-seven percent said judges/justices should be elected by region; 28% support the current statewide election process; 15% favor merit selection.

At the end of their ten year terms, judges/justices on Pennsylvania’s statewide appellate courts stand for a yes/no retention election rather for re-election where they compete with other candidates to remain in office.  Seventy-one percent of respondents to the survey said the judges/justices should stand for re-election; 23% support continuing the current retention election process.

While the business owners/CEOs participating in the Fall 2019 Keystone Business Climate Survey generally believe the national economy is on the right track, the verdict is mixed when it comes to Penn’s Woods.  Equal numbers: 23% say business conditions in the state are better than they were six months ago, 23% say business conditions are worse than they were six months ago.  Sentiment was evenly split in the Spring survey, but a year ago 39% saw improving conditions with only 7% saying they had gotten worse. Looking ahead six months, 19% forecast the state’s business climate will improve, but 26% think it will get worse.

Sales were a bright spot over the past six months with 38% reporting an increase in sales, 15% said sales decreased and 41% said sales remained about the same. Looking ahead six months, 34% project their sales will increase and 14% anticipate decreasing sales.

The Fall 2019 Keystone Business Climate Survey was conducted electronically through the month of October with 160 business leaders participating.  Of those 63% were the owner of the business, 17% serve as the CEO/COO/CFO; seven percent were a local manager and one percent a state manager. 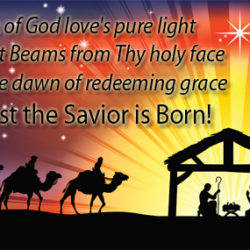 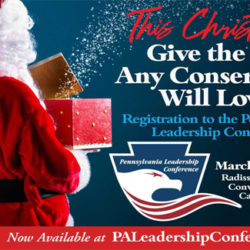