From Speaker Pelosi’s assertions that she does not trust the postmaster general, to AOC’s complaints of postal service delays, to the Postal Workers’ Union endorsement of Joe Biden, virtually all of the comments fail to address the root cause of the postal service’s decades old problems.

The Governor of Pennsylvania in a diabolical arrangement with the PA Supreme Court, bypassed the legislature and the recently enacted election law, Act 77 of 2019,  to legislate from the bench.  The Supreme Court decided to keep the incoming mail open for three days AFTER election day despite laws to the contrary.

The State of Michigan courts, not to be outdone by the PA Courts, went a stop further and kept the ballot receiving open for 14 days after the election.

Pennsylvania and Michigan are particularly noteworthy because of the narrow margins of victory for President Trump in 2016.  Charges of potential election fraud are everywhere.

Here is where fiction stops and reality sets in.

First, the Post Office is an agency provided for in the U. S. Constitution in Article 1, Section 8, Clause 7 which provides that Congress shall have the power to establish post offices and post roads.

Congress is responsible for the oversight and financial well being of the institution within the auspices of the Executive Branch.  Post office management problems, financial losses, inefficiencies, and complaints of service delivery have been rampant for decades.

Since its reorganization in 1971, the Postal Service has combined losses of almost $75 Billion with operating losses every year.  Efforts to reorganize the postal service have been fought by both the post office and Congress.

White House efforts in 2019 and prior to revamp the postal service were gaining headway despite resistance from Pelosi’s Congress when COVID-19 and concerns about the election became the scapegoat for delaying critical post office reforms.

I am a Certified Public Accountant, a CPA. My profession’s ethics standards require me to be objective, to maintain the orderly function of commerce, and to protect the public.

Objectivity requires that I be impartial, intellectually honest, and free of conflicts of interest.

One way that my profession can assist the public trust is in the area of life cycle costing and lean operations which takes an operational perspective to examining organizational efficiency and viability.

The dire state of finances in the post office and its outdated approaches are causing many to consider alternatives particularly after competitors such as Federal Express, UPS, and Amazon are able to provide such superior delivery models.  The USPS has failed to keep up and now Speaker Pelosi is using COVID-19 and “fears” of postal service delays to stop crucial USPS reforms.

Is it possible that a budgeting and lean operations approach can impact the finances of the post office and actually solve the problem outside of the political vagaries of the day?

Life cycle budgeting is an approach to recognize the entire cost of a project BEFORE project approval to include costs of research, design, development, completion and finally all the way to the shutdown and dissolution of the project.

Failure to understand the life cycle costs of infrastructure and program decisions may, in fact, be fatal to the finances of our government.

In the case of the post office a life cycle approach forces the evaluation of the distribution model, location and number of post offices, flexibility to meet new and emerging market opportunities as well as the entire logistics system.  This is precisely what the Postmaster General was doing!

These questions are the very questions Congress objected to due to “concerns about voting” but if you examine all prior efforts at reforms, there was always a cause du jour to halt progress towards solving the problem.

Voter goes to the polls

Voter applies for mail in ballot

Voter puts ballot in the mail

Mail in ballot is opened

If all goes well, the mail in ballot process is significantly more complicated that voting in person and that is INDEPENDENT of the post office itself.  Even if every one of the steps above is 99% accurate, the process is only 90% likely to lead to a successfully processed vote because each step above is dependent upon the other.

Reforming the voting process starts, in part, with reforming the post office.  The reality of what Speaker Pelosi did was make the system less reliable, not more reliable, and she potentially negatively affected the very outcome of the election that she was apparently trying to solve.

Perhaps the Speaker should understand the unintended consequences of her actions before making decisions.  She may very well have just helped reelect President Trump.  I hope that I can be the one to tell her.

Frank Ryan, CPA, Col USMCR (Ret) represents the 101st District in the PA House of Representatives.  He is a retired Marine Reserve Colonel, a CPA and specializes in corporate restructuring.  He serves as Vice Chair of the PSERS Pension Board and its Chair of the Audit/Compliance Committee.  He can be reached at [email protected]

What do Americans want when it comes to health care?  We want to see the doctor of our choice, conveniently...

The Georgia runoff elections for US Senate on January 5th are about much more than whether Mitch McConnell or Chuck... 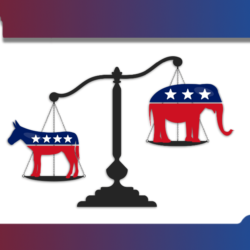 Why Pennsylvania Doesn’t Add Up