Return of the Gerrymander

Gerrymandering is almost as old as the Republic itself.  The term originated back in 1812 when the Boston Gazette ran a political cartoon of a congressional district bearing a striking resemblance to a salamander that Governor Elbridge Gerry drew to the benefit of his party.  Thus did the term enter the political lexicon.  The word and the practice continue to this day.

Congressional and state legislative district lines are redrawn every ten years following the decennial census which occurs in years ending in zero. Nationally congressional districts are reapportioned taking into account population growth and shifts among states, then individual states must re-district to accommodate those changes.

Here in Penn’s Woods the Left has been working diligently for years to tilt the redistricting playing field in favor of Democrats. Congressional redistricting takes the form of a bill which must pass both houses of the state legislature and then be signed into law by the governor. Left-wing groups poured millions of dollars into legislative races in 2020 in a failed effort to win Democratic majorities in the General Assembly.

As a result of that failure, and for the first time in decades, there is a power split with Republicans in control of the legislative process and a Democrat in the governor’s chair. Groups purporting to want “fair districts” have agitated for months claiming to want districts drawn without regard to political tilt.

Potential congressional district maps released to date fail to meet that standard. Pennsylvania will lose one congressional district as our population has grown at a slower pace than most other states. Southwestern Pennsylvania lost population while other parts of the state – particularly the mid-state have grown. Two incumbents in the Pittsburgh area are not seeking re-election creating an obvious place for consolidation. That appears unlikely to happen as preliminary maps instead put incumbent Republican Congressmen John Joyce and Fred Keller into a combined district.  Time will tell whether that becomes the final plan.

This, however, pales in comparison to the blatant gerrymander of state legislative districts.  The process of redrawing the legislative district map differs from congressional redistricting in that it is accomplished via a redistricting commission composed of the Republican and Democratic leaders of the House and Senate and a supposedly neutral fifth member appointed by the Pennsylvania Supreme Court.

The Pennsylvania Supreme Court, however, is anything but neutral or impartial. Activist justices implemented new congressional district maps in 2015 by judicial fiat installing a plan drawn by a California college professor that clearly advantaged Democrats.

And it came to pass that Mark Nordenberg, Chancellor Emeritus of the University of Pittsburgh Law School was named the fifth member of the commission.  Like the Supreme Court he has been anything but impartial joining with the two Democrat members of the commission to draft a House legislative district map that would make Elbridge Gerry proud.

The map violates virtually every principle of fair map making. It splits Pennsylvania’s mid-sized cities, which are predominately Democrat, combining them with Republican-leaning suburbs to create new majority Democrat districts.  The City of Scranton has been sliced into four districts, the City of Harrisburg among three, for the first time in history Lancaster is split in two, and the list continues.

Natural features such as rivers and mountains are ignored in the new map. And, most notably, Republican incumbents have twelve times been combined in the same district. Interestingly about the same number of seats Democrats must gain to win back the House majority.

Democrats have acknowledged the new state House map was drawn specifically to increase their numbers by creating new minority heavy urban/suburban districts. Whether for partisan or identity purposes a gerrymander is a gerrymander.

And what of those Left wing voices who have been crying out for months for a fair process?

In the end, the maps can be appealed through the court system. But, the case will ultimately end up before the same state Supreme Court which appointed Mark Nordenberg to do its bidding.

The public still has a few weeks to weigh in on the process, but the likelihood is that the maps will stand largely as proposed – a monument to the enduring practice of the gerrymander.

(Lowman S. Henry is Chairman & CEO of the Lincoln Institute and host of the weekly American Radio Journal and  Lincoln Radio Journal.  His e-mail address is [email protected].)

As we flip our calendars to the new year, we realize we’ve passed the midway point of the 2021-2022 Legislative... 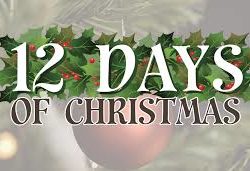 Fear Not! Christmas is Just the Beginning!

Post-Christmas depression is a real thing. For many, it hits on December 26. In fact, sadly, for much of our...