The “world is ending” conference on climate change in Glasgow, Scotland is the latest high profile event focusing on an issue that consumes the world’s big government elites, but otherwise fades into the background.

You would think an existential crisis – even a trumped up one – would be enough to stimulate attendees.  Yet the Leader of the Free World had to be nudged out of slumber by an aide as the hours of doomsday rhetoric droned on and on and on.

That the world’s climate is changing is a given – it has been doing so since the dawn of time.  The current debate is how human activity contributes to that change and how much expansion of government into every facet of every human being’s life will be necessary to combat it – should that even be possible.

But the gilded halls of world conference centers and the insular world  of the Washington beltway are disconnected from reality. Climate change is simply not an issue of concern for most Americans, nor are folks willing to sacrifice financially to pay for the Left’s socialist dream.

A recent poll conducted for the Competitive Enterprise Institute (CEI) found that when asked to rate the importance of climate change on a spectrum compared to other issues it rated 11th on a list of 13.  Climate change trailed such issues as jobs and the economy, immigration and border security, crime, and rising energy prices.

Despite the constant drumbeat of climate change alarmism from the Left and its allies in the legacy news media the issue has not resonated. Take for example the war on fossil fuels and the realignment of federal policies to destroy that industry and replace gas powered automobiles with electric vehicles.

The CEI poll found a clear majority of 56% would not spend extra money to replace a gas-powered car with an electric vehicle.  Seventy-three percent said that they, and not the government should make the decision on whether or when to phase out gas and diesel powered vehicles.

What the poll shows is that real world economics, not Left wing ideology, dominate the concerns of everyday Americans.  Voters are more worried about skyrocketing inflation, the price of gasoline and groceries, and the safety of their families, than they are about funding climate change initiatives of dubious scientific and practical value.

Here in Penn’s Woods governor Tom Wolf is fully bought into the radical climate change agenda.  Chief among his priorities is embroiling Pennsylvania in the Regional Greenhouse Gas Initiative (RGGI) which is a multi-state scheme to implement a carbon tax on energy producers and to do so by regulation, not by legislation.

The Fall 2021 Keystone Business Climate Survey conducted by the Lincoln Institute of Public Opinion Research found 63% of the business owners and top executives surveyed oppose RGGI being implemented by regulation, and a solid majority oppose it on its merits.

RGGI would have virtually no impact on the climate, but it would be a death knell to the state’s coal-fired power plants.  It will result in the loss of thousands of family-sustaining, union jobs.  Having to choose between the environmental Left and organized labor has put some Democratic politicians on the hot seat. In particular, Attorney General Josh Shapiro, the lone Democratic candidate for governor next year, finds himself caught in the crosshairs.

Despite the fact nobody knows that the term “environmental justice” actually means Governor Wolf now plans on expending taxpayer dollars and expanding government regulations and control into even more facets of the state’s economic life.

Protecting the environment is a universal goal, but for the Left climate change is more of a vehicle for expanding government than it is about altering the future trajectory of the planet’s temperature.  That explains the disconnect between them and the rest of America.

(Lowman S. Henry is Chairman & CEO of the Lincoln Institute and host of the weekly Lincoln Radio Journal and American Radio Journal. His e-mail address is [email protected].) 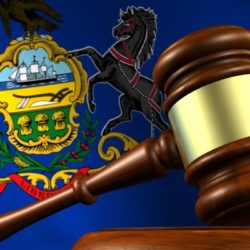 By Lowman S. Henry In just a few days voters will go to the polls and decide who will serve...

As we approach Speaker Nancy Pelosi’s next self-imposed deadline of October 31st to get a vote on Infrastructure through her...

You might think it would be difficult to tie together the novel 1984 written by George Orwell, the Star Wars...