Trust the Lincoln Institute’s columnists for sharp takes on the issues that matter most in the Commonwealth. Our panel of writers helps you keep the pulse on Pennsylvania, holding local governments accountable for fair and transparent reporting of facts. Lowman S. Henry is Chairman and Chief Executive Officer of the Lincoln Institute of Public Opinion Research, Inc., a non-profit public affairs foundation based in Harrisburg, PA. He serves as host of American Radio Journal heard on over 200 radio stations nationwide, and is host of the Lincoln Radio Journal, a weekly public affairs radio program syndicated on over 90 Pennsylvania radio stations. He is also President of the Pennsylvania Leadership Council, Inc., which produces the annual Pennsylvania Leadership Conference.

Henry began his career as a broadcast and print journalist, served as Political Director of the Republican State Committee of Pennsylvania, Chief of Staff to State Senator Earl Baker, and as Executive Assistant to the Attorney General of Pennsylvania. He currently serves in elective office as Chairman of the Lower Paxton Township Board of Supervisors, and previously served as a Dauphin County Commissioner. He was the Republican Party’s nominee for Pennsylvania State Treasurer in 1992. State Representative Col. Frank Ryan is a CPA, author, commentator and expert in corporate restructurings. His book: Revolutionizing Accounting for Decision Making was published in 2016. In December 2016, Frank began his first term as a Pennsylvania State Representative representing the 101st District. He is a graduate of Mt. St. Mary's University where he graduated Summa Cum Laude and received his MBA from the University of Maryland. Frank has served on numerous boards of directors of public companies and non-profit organizations. In 2014, Frank walked 2806 miles across America to raise awareness of the needs of disabled children. His book Life Lessons Learned – Amazing Stories of my Walk Across America for Children details his journey. Colonel Ryan’s personal military decorations include three Legions of Merit, the Bronze Star Medal, the Defense Meritorious Service Medal, the Navy Commendation Medal and the U. S. Army Commendation Medal. He is the extremely proud father of four wonderful children, and seven super grandchildren and his beautiful partner and wife, Sherrie. 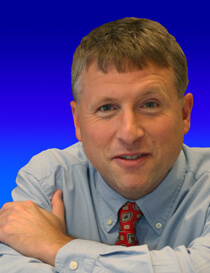 Dr. Paul Kengor Ph.D., is professor of political science at Grove City College in Grove City, Pennsylvania, and a New York Times bestselling author of over a dozen books. He is executive director of the Center for Vision & Values at Grove City College and a fellow with Stanford’s Hoover Institution. Kengor is an internationally recognized authority on several subjects and a frequent speaker and commentator.

Dr. Kengor is often quoted in sources ranging from USA Today to the Washington Post and has been frequently interviewed by the BBC, MSNBC, NPR, Fox News, EWTN, the Christian Broadcasting Network, by radio hosts ranging from Glenn Beck to Mark Levin to Bill Bennett, and by TV personalities like Megyn Kelly and Bill O’Reilly and Joe Scarborough. His articles have appeared in many publications: the New York Times, National Review, CNN.com, Wall Street Journal, Christianity Today, and others. He is a longtime columnist and senior editor for The American Spectator and a frequent contributor to the National Catholic Register and Crisis Magazine. Dr. Kengor’s books have been published by leading houses such as HarperCollins, Simon & Schuster, Harvard University Press, Oxford University Press, and Ignatius Press.

In 2017, Kengor released what has been described as his “magnum opus,” A Pope and a President: John Paul II, Ronald Reagan, and the Extraordinary Untold Story of the 20th Century. Among his bestsellers are the 2012 book, The Communist, and his 2004 classic, God and Ronald Reagan.

Dr. Kengor is a frequent public speaker, with venues that include the Ronald Reagan Library, the Reagan Ranch, the National Press Club, the Heritage Foundation, American Enterprise Institute, the Center for Strategic & International Studies, the Gerald Ford Library, the National Presbyterian Church, and colleges ranging from the University of Virginia to the College of William & Mary to the U.S. Naval Academy. President of Let Freedom Ring, Colin Hanna is a public policy non-profit promoting Constitutional government, economic freedom and traditional values. He is also President of Enduring Impact Productions whose newest project is a full-length feature film on the life of Frederick Douglass: Mr. Douglass – An American Narrative. Expected release date is 2019. Hanna has been a regular radio contributor to American Radio Journal (airing on over 200 stations nationwide), Conservative Solutions to Liberal Problems (Salem’s NewsTalk 990 WNTP Philadelphia) and The Morning Matchup with Chris Stigall (Talk Radio 1210 WPHT CBS Philly). Hanna was a Chester County Commissioner (1995-2003). Television appearances include MSNBC’s Hardball, Fox News Hannity, Glenn Beck, Fox & Friends and many others. He graduated from University of Pennsylvania and is a U.S. Navy veteran and lives in West Chester with Pricie, his wife of 50 years. Ashley Sisca Klingensmith has been on staff with the Pennsylvania chapter of Americans for Prosperity since May, 2014.  She was born and raised in Pittsburgh, attended Denison University and immediately upon graduation in 2008, she started law school at Duquesne University, where she received her Juris Doctor in 2012.  Ashley worked full time during law school for the Majority Whip of the Senate of Pennsylvania.  In 2012, she was offered the position of Executive Director of a county republican committee, where she worked through the end of 2012 cycle.   A candidate she met through her position, Keith Rothfus, won and became the U.S. Representative for Pennsylvania’s 12th Congressional District.  Keith offered her the first outreach position on his team.  She split time between his Pittsburgh, Beaver and Johnstown offices.  During her first year working forCongressman Rothfus, Ashley was exposed to AFP and began working with the PA chapter as soon as the first field role was created.  Throughout her 5-year tenure with AFP-PA, Ashley has served as Field Director, Senior Field Director, Grassroots Director and most recently serves as State Director.  She has been deployed to Louisiana, Colorado, Missouri, Kentucky and each corner of the Commonwealth to participate in and manage both issue and political campaigns.   Ashley was chosen as one of nine individuals of the inaugural class of “Champions” at Americans for Prosperity Foundation in December 2016.  She was a graduate of the 2017 class of the Anne B. Anstine Excellence in Public Service Series.  Ashley resides in Pittsburgh with her husband, Robert, and German Shorthaired Pointer Burnley.

(This article first appeared in the American Spectator) Since last May, numerous Pennsylvanians have wanted Dr. Rachel Levine removed as...

An Opportunity to Restore Judicial Integrity

Pennsylvanians will not be voting for President, or electing a Governor or U.S. Senator this year.  But there are five...

“We hold these truths to be self-evident, that all men are created equal, that they are endowed by their creator...